Is undergoing corrective jaw surgery worth it?

Dentofacial deformities are common in Singapore. In fact, there is not a single day that I can walk around Singapore without seeing someone in the streets who has a face that can be improved aesthetically with corrective jaw surgery. Some people are not bothered by their deformities and can live happily without seeking any kind of correction. To this group, the issue of whether corrective surgery is worthwhile is a non-starter. However, for a much larger group who are bothered, albeit to different degrees, about their dentofacial deformities, the question of whether to undergo surgery is often perplexing.

To answer this question, we need to look at the problem at three levels. Corrective jaw surgery is not a purely cosmetic procedure. It corrects functional deficit due to malalignment of the jaws, improving chewing ability and in some cases, indirectly, speech as well. Decision on elective surgery is best made after weighing the risk versus the benefits. If the benefits outweigh the risk, surgery is worth it. Otherwise, it is better to leave well alone.

Patients with severe dentofacial deformities are unable to chew properly. These are the severe underbite, overbite and open bite cases. 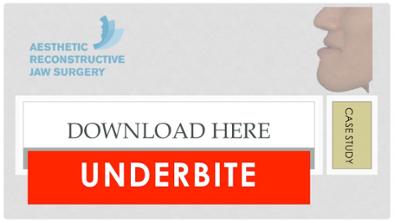 An underbite is a situation whereby the lower jaw is significantly longer than the upper jaw, resulting in the lower incisors being very far ahead of the upper. These patients are unable to cut finer food and have to depend very much on the grinding actions of the molars. 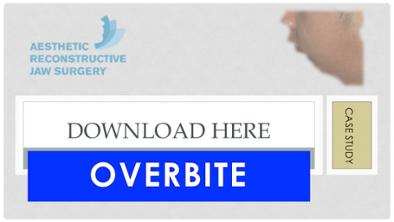 Overbite is when the lower jaw is underdeveloped, resulting in a big gap between the upper and lower incisors. Because the lower jaw can be pushed forward, biting with the incisors is not a problem but long term protrusion of the lower jaw predisposes the patient to jaw joint problems, such as displacement of the joint disc. This group of patients are also more prone to develop obstructive sleep apnea due to the short lower jaw. 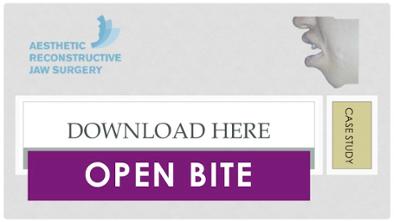 Open bite, where the front teeth are vertically apart, is caused by excessive vertical growth of the back part of the upper jaw, resulting in the lower jaw being pushed downwards. A common comment that open bite patients make is that when they bite into a burger, their incisors are unable to bite off the patty.

For these patients, the question of whether it is worthwhile undergoing surgery is easily answered. Surgery brings about a definite and tangible improvement in function that can be felt in daily life. While there are risks involve in all surgeries, in the hands of a competent team, orthognathic surgery risks are kept to a minimal. As such, for patients with a functional problem, the benefits of surgical correction justify the risk of surgery.

On the other extreme, there are patients with dentofacial deformities but no functional problems.

Bimaxillary protrusion is one such deformity. The teeth are usually well aligned and biting well. There is a disproportionately excessive development of the tooth bearing part of the jaws in relation to the jaw bases. This result in the teeth being carried into a much more forward position, giving a rather ape-like appearance.

Vertical maxillary excess is another example. This is similar to bimaxillary protrusion except that the excessive growth is usually in the vertical direction rather than the horizontal. Commonly this group of patients complains of gummy smile. In fact, in the more severe form, the gums are showing even without smiling. 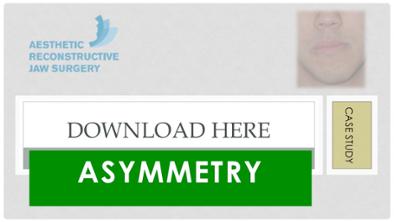 Facial asymmetry is also a dentofacial deformity that may present with minimal disturbance to normal function but present an obvious cosmetic challenge. This is a situation whereby the left or right side of the face is developed disproportionately to the other side. Very often, this is due to excessive growth of the jaw on one side. If the excessive growth is in the lower jaw, it normally results in a protruding jaw and hence a functional deficit. However, it cases where the excessive growth originates from the upper jaw, the patient can develop a normal bite with one side of the face being longer vertically than other, posing primarily a cosmetic problem.

For these patients, surgery is worthwhile if they are sufficiently bothered by their looks. Corrective jaw surgery can bring about drastic changes to facial appearance. The magnitude of improvement in facial cosmesis can justify the risk of surgery.

However, many patients do not fall under both categories whereby benefits from the surgery are tangible and obvious. Some have relatively minor deformities but are bothered by it enough to seek treatment. For this group, a longer process of diagnosis and treatment planning is needed to uncover the true needs. When the deformity is minor, function usually does not improve significantly with surgery. For patients with minor discrepancies who complain primarily of being unable to bite properly, it is usually not worth undergoing corrective jaw surgery. When weighing the risk-benefits of surgery, although the risk of surgery for this group of patients is the same, the benefits that can be gained is not sufficient to justify the risks.

Some patients are not concern about the functional deficits but are unhappy about their looks. For this group, treatment planning should be targeted at cosmetic objectives. Beyond the physical findings derived from measurements on the face and radiographs, an in-depth discussion on the patient’s aesthetic taste and preferences is important. Orthognathic surgery corrects disproportions in facial bones and indirectly affects facial appearance by the corresponding contour and shape changes over the skin. If the deformity is minor, alternative less invasive treatment can be considered. For example, minor changes in chin contour can be achieved with chin implants or even injection of dermal fillers, by-passing the need for bone surgery. For this group of patients, the treatment goals must be clearly identified before deciding whether it is worth while undergoing surgery. When in doubt, it is best to defer surgery until there is clarity.

Corrective jaw surgery is fairly invasive and significant downtime is involved. However, for the right cases, the improvement in function and aesthetics is dramatic. Having a definite diagnosis is the key to knowing whether it is worth while going through with surgery.