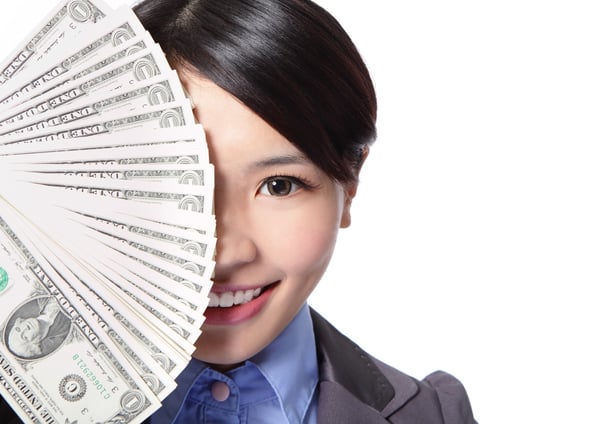 Cost of dental implants in Singapore is the second most important concern of patients seeking dental implants. The first concern is fear. Fear, daunting as it is, can be overcome with education. Cost, however, is a greater barrier as it cannot be easily bridged, especially when the amount runs into six figures. Yes, six figures. Many patients have that incredulous look as I explain the hundred thousand dollar treatment plan. But there is hope.

I remember watching the 70’s television series “The Six Million Dollar Man” and wondered what went into Steve Austin that cost that much money. (Actually, I had no concept of what six million dollars was back then.) In 2008, CNN Money did an article on that and estimated that factoring inflation, it was equivalent to $26 million dollars in 2008. Putting aside the fact that Science has yet to produce “bionic parts” that is “better, faster, stronger” than the original, replacing the human eye, ear, limbs that can do a bit of what our natural anatomy does is not quite so expensive. In fact, it was estimated that Steve Austin could be rehabilitated, albeit not to the level of superhuman ability, for less than a million dollars in current day terms. Dental implant treatment cost has also been declining with advances in Science and Technology.

Dental implant as we know it today only became commercially available in the 1980’s. Back then, the typical treatment plan consisted of placing five to six implants in the lower jaw and upon which a plastic dental prosthesis with a metal framework is attached. It was also not uncommon then to do this in a hospital operating theater under general anesthesia. The cost of treatment is about $40,000 to $50,000. After adjusting for inflation, that is equivalent to $110,000 in 2016. Let’s look at what a $110,000 budget can do with implant dentistry.

Base on the objective to giving the patient a fixed full arch prosthesis in the lower jaw, the plan today is quite different. With better understanding of the science of osseointegration, the biomechanics of bite force distribution and advances in material science, we can place just four implants in the lower jaw to support a full arch fixed prosthesis. With longer years of practice, general anesthesia in a hospital operating theater is usually not needed and that translates to huge savings. The procedure can easily be done in a well-equipped dental clinic on an outpatient basis. Assuming that the same type of fixed plastic prosthesis is attached to the implants, the overall cost of converting a patient who is wearing a full lower denture to having a fixed dental prosthesis is in the region of about $30,000. That’s a huge savings of $80,000 compared with the $50,000 in 1985!

So, where did the two hundred thousand dollar mouth come from? Well, while technology makes the old way of doing things cheaper, it also provides more expensive ways to do new things. Progress is a natural part of human development. Today, many patients are not satisfied with the plastic teeth. The fixed implant supported dental prostheses of today are either made of porcelain-bonded-to-gold, whereby each tooth is waxed up from scratch by the technician, or made from CAD-CAM milling from a block of zirconia. The former requiring skilled craftsmanship to produce a set of bespoke teeth, the former requiring the latest technology in 3-D optical impressions, computer-design and manufacture in real time. The result is a prosthesis that has a vastly superior fit and prosthetic teeth that even dentists cannot tell.

Where implants are concern, four is sufficient but there is no margin for error or complications. As such, if a contingency plan is to be built into the plan, additional implants are usually placed, so that in the event that one implant fails, there is no need to re-do everything from scratch. Adding implants cost more but if you are already spending a fortune on the prosthesis, you do not want to be redoing it anytime soon.

Implant placement has also gotten more sophisticated and safer. The use of CT scans to plan implant position and CAD-CAM surgical drilling templates to accurately execute the plan also adds to the cost. To further improve on the accuracy, real time navigational technology gives the surgeon x-ray vision-like capabilities, further enhancing the safety and accuracy of the surgery.

While the patients of yesteryear are prepared to be without a prosthesis for a while, patients of today expect instant gratification. Ever since research showed that it is possible to load 4-6 implants with a full arch prosthesis without waiting for a couple of months for osseointegration, we have been doing provisional implant supported fixed prosthesis. That is to say, a patient will have the implant insertion and a temporary prosthesis fitted on the same day. Naturally, having a provisional prosthesis before the final adds to the cost. However, other than the instant gratification, a provisional offers other benefits. It also functions as a diagnostic prosthesis, helping the prosthodontist fine-tune the design for the final prosthesis. The result is better final prosthesis.

When you add all these together, the cost of an implant supported fixed prosthesis is back to the $50,000 mark but not quite the inflation-adjusted $110,000 level.

What about the upper jaw? Back in the 80’s implant-supported fixed prosthesis for the upper jaw was not even an option for most patients. It wasn’t the cost. It just could not be done. A patient who has been wearing a full upper denture often end up with severe bone resorption. The lack of bone to house implants precluded the option of a fixed prosthesis for this group of patients. Today, advances in jaw reconstructive techniques and bone regeneration have enabled these patients the opportunity to have a fixed dental prosthesis. Techniques such as sinus bone grafting, zygomatic implants, distraction osteogenesis and regenerative technologies such as bone morphogenetic protein, mesenchymal stem cell concentrate and platelet-rich plasma can rebuild atrophied jaw bones so that implant-supported fixed prostheses can be done. Naturally, specialist skills acquired through many years of experience are critical for such complex situations.

So, for a patient who presents with such challenging conditions and demands a highly aesthetic outcome, these high-tech options are needed and a team of highly trained and experienced specialists, comprising a surgeon, a prosthodontist and a technician must be assembled. The overall treatment duration may exceed one year and the cost may be closer to $200,000 than $100,000. But do bear in mind that similar functional outcomes can be achieved at a fraction of that amount.