Why is the cost of dental implants in Singapore so high? 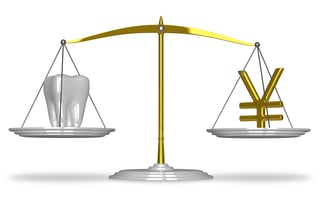 Dental implant treatment is arguably the most expensive treatment in dentistry. Over the years, the feedback that I got from patients included descriptions such as “more expensive than open heart surgery” and “stuffing a BMW into the mouth”. So, let’s get it upfront, it is expensive. However, most times, it is cheaper than heart surgery and the good news is that while heart surgery is often mandatory if you don’t want to die, dental implants are elective. So, as much as I hate to admit it, the car analogy is probably closer. But you don’t have to buy a BMW. You can choose to get a Hyundai or you can even choose to walk. Let’s look at the difference between a “BMW” implant and the “Hyundai” implant. And it’s not the country where they are made.

The single biggest cause of the wide-ranging cost of dental implants in Singapore is the dentist, or dentists. Implant dentistry is not a specialty in Singapore. As such, no dentist can legally claim to be an implant specialist. Those who do are running foul of the law and at risk of disciplinary action. There are general dentists who do implant dentistry and there are dental specialists who do a part of implant dentistry. Oral and maxillofacial surgeons who specializes in surgery in the mouth, jaw and face typically perform the surgical insertion of the implant and refer the placement of the crown to prosthodontists, the dentists who specializes in dental prosthesis. In most cases, treatment by a team of specialists is usually more expensive than by a single general dentist.

B. THE TREATMENT OBJECTIVE

Obviously, the objective of dental implants is to replace missing teeth. However, the question is what aspect of the missing teeth is the implant supposed to replace. Is it the restoring biting function, or the aesthetic appearance of a smile? Or maybe to improve on what the original state was? Gone are the days when we are happy just to replace a missing tooth with a prosthesis that is fixed and functional. Aesthetics and life-likeness is equally sought after, not just for front teeth but for all. Along with the loss of teeth comes the loss of the supporting bone and gums. To achieve a life-like replica of the original tooth, the lost bone and gums need to be reconstructed before insertion of the implant. This has to be done in sequential steps, reconstructing the width of the bone first, then the height and then the gum.

There are many different materials for use in different stages of implant treatment and they make a difference to the cost. However, contrary to what many people think, the difference in cost between the brands of implants does not make a big difference to the total cost as the differences are in the range of about 30%. The big differences come from the pre-implantation surgery such as bone grafting and the prosthesis. For example, bone morphogenetic protein as a bone grafting material is ten times the cost of using animal or cadaver bone. Porcelain bonded to metal prostheses is also highly variable in cost, depending the ceramic used and the proportion of gold in the alloy.

In addition to the objective, the process of treatment also contributes significantly to the cost. Dental implant surgery can be performed in a dental clinic under local anesthesia. However, some patients are apprehensive and require sedation or general anesthesia. Sedation or general anesthesia renders the process of surgery a lot more comfortable. In fact, some patients emerge from sedation after the surgery asking when the surgery is starting. However, this level of comfort comes at additional costs as additional personnel, equipment and drugs are needed to ensure safety.

Many patients who seek to have implants to replace some missing teeth have other dental problems. If the teeth adjacent to the missing teeth are in bad condition, it is not possible to just place an implant to replace the missing tooth as the disease in the adjacent teeth can affect the success of the implant. These collaterally compromised teeth need to be treated or we will be simply trying to renovate the Titanic while it is sinking. While the cost of such collateral treatment is not strictly speaking part of the cost of implant, it was initiated by the patient’s request for implant treatment.

As such, it is often difficult to provide an accurate answer to email enquiries on how much a dental implant cost even if the enquirer provides photos and radiographs. A single implant can cost as little as $3000 or as high as $30000. A lot depends on what the expectation of the patient is. And this can only be uncovered in the course of a consultation and sometimes, several. 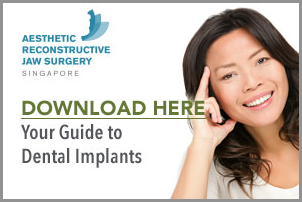