What qualification to look for in a dentist for dental implants? 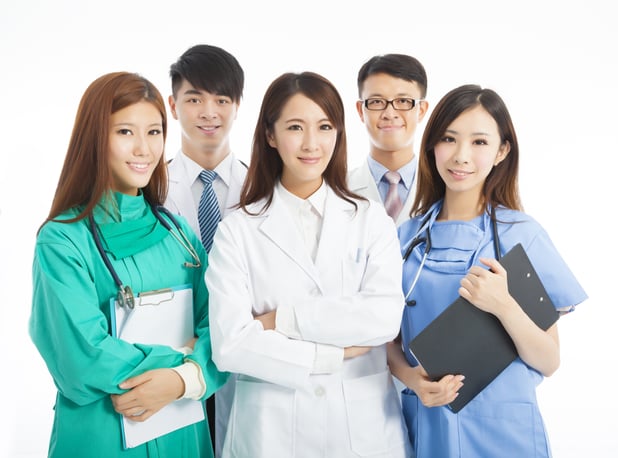 There are about 2000 dentists in Singapore and the majority does not provide dental implant services. This is because of the relative novelty of implant dentistry, becoming mainstream only in the last twenty years or so, and that most dental schools do not teach it as part of its core curriculum in the undergraduate program. How can a patient identify which dentist to choose for dental implants?
Displayable qualifications

Looking at the websites, Yellow Pages and signboards of dental clinics, you can see the names of dentists and some acronyms after their names. These acronyms are the abbreviation of certain qualifications that are approved for display by dentists in their professional stationery and signboards. The criteria for approval of such qualifications are very stringent and non-compliance with the standards set will be dealt with disciplinary action by the regulatory authority, namely the Singapore Dental Council (SDC).

One may wonder why displaying some acronyms behind a dentist’s name is such a big deal. Historically, in Singapore, the public has shown that it has more trust and confidence in a dentist who has more qualifications displayed after his name. However, the public has no idea what these qualifications are and whether they infer any additional skill or knowledge that is relevant to their presenting problem.

In the past, most additional qualifications are specialist qualifications i.e. they are obtained through a full time period of specialty training in a recognized university. However, as dental knowledge becomes more extensive, non-specialty training programs are introduced by various organizations, some reputable, others less so. Many of these organizations confer these qualifications to the dentists who undergo their prescribed program and one of the benefits offered is a set of post-nominals that goes with the dentist’s name.

While having an SDC-approved post-graduated qualification attached to a dentist’s name implies some additional skill and knowledge, it does not necessarily mean that he will be better at providing dental implant treatment. Those qualifications may be related to a different field of dentistry. Conversely, not having an implant-related qualification displayed does not imply that the dentist does not have the necessary skill to perform dental implantology. Implant dentistry is not a specialty in Singapore nor anywhere else. There are several groups of people performing the service and looking at the abbreviated qualifications after a dentist’s name is not always the best way to judge.

Although there is no "Specialist in Implant Dentistry", there are implant dentistry-related qualifications such as graduate diplomas and master’s degrees. Those that fulfill the SDC’s criteria have been approved for display but others that did not were denied. As such, if a dentist has an approved implant dentistry related qualification, a patient can be confident that that dentist has at least undergone a recognized formal program that has resulted in a quantum leap of knowledge and skill that a general dentist who has not attained it may not possess. Currently, qualifications recognized by the Singapore Dental Council are

Some general dentists are also accomplished in the field of implant dentistry. In fact, locally, implant dentistry was embraced by general dentists before specialists. Thirty years ago, when I was a student, the undergraduate curriculum had only one dental implant lecture and it was given by a general dentist. He has no implant-related post-graduate qualification appended to his name but is widely respected within the profession then and now.

Ultimately, qualifications that a dentist displays after his name does not tell the whole story. Word of mouth recommendations amongst friends, referrals from other dentists, and actually going for a consultation visit to see for yourself is the best way to choose the most appropriate implant dentist.