What is the right age for cosmetic jaw surgery? 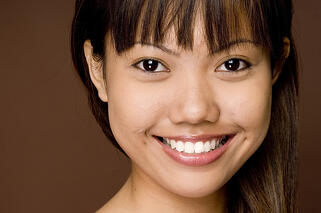 As the name suggests, cosmetic jaw surgery is to correct the position of the jaws to achieve a more aesthetic facial appearance. So, the answer to the question of timing of the surgery depends on two main factors. First, there must be deformity which the patient himself is conscious of and desire to do something about. Secondly, the patient must be physiologically and psychologically mature enough to undergo a relatively major operation. So, what is the best age for surgery? Is there a minimun age? Is there a maximum age? To answer this question, we need to understand the natural development of our jaws and face.

For this group of pre-pubescent patients, surgery is not warranted, at least not yet. If parents spot such growth discrepancies at this early stage, roughly from kindergarten to upper primary school, an orthodontist should be consulted for an assessment to see if growth modification appliances can be used. For some children, that may be all that is needed. Certainly, no cosmetic jaw surgery should be attempted at this stage. Children this age is usually not as conscious of their appearance, their bodies are still growing, and they are mentally not mature enough.

Once the child reaches adolescence, there will be a growth spurt. For Class II jaws, this growth spurt may push the growth of the lower jaw into a normal Class I position. However, this pubertal growth spurt is a double-edged sword as it can also push the lower jaw excessively into a Class III position or make a pre-existing Class III jaw even worse. Timing of cosmetic jaw surgery varies according to the type of jaw relations and the sex of the patient.

Girls generally matured physiologically earlier than boys. Most girls would have completed more than 95% of their growth within one year after their first menstrual period. As such, from the physical development point of view, it is feasbile for girls to undergo surgery earlier than boys. The other factor to consider is the emotional maturity which may differ much more widely. If the patient, her parents and the surgeon are satisfied that there is enough mental maturity, surgery can be done during teenage years. Girls are also more concern about physical appearances at a younger age and having a signficant dentofacial deformity may affect their self esteem. For this group of patients, early surgery, at 15 or 16 years of age, may be beneficial to their psychological development. However, as a matter of routine, in SIngapore, most surgery is done after the age of 18 years.

Boys tend to grow a bit slower but the growth phase is spread out over a longer period of time. In general, cosmetic jaw surgery for boys should not be done before 18 years of age. If there are signs of incomplete growth, surgery should be delayed till early twenties. While studies have been done using bone scans and hand-wrist radiographs to determine skeletal maturity, there are wide enough variations in results that suggest that we cannot totally rely on them. A combination of factors such as comparison of serial dental records such as dental casts and x-rays of the skull and jaws will give an idea on the cessation of growth. Genetics play a big role as well. If the parents are tall and the child is short, chances are he still has some growth left. There is no hard and fast rules to go by, just comparison of serial records and good old common sense.

The type of growth discrepancies also matter in deciding the timing of surgery. In general, deformities due to growth deficiency of the lower jaw, ie the Class II jaw relation, may be corrected earlier. This deformity indicates a reduced growth potential and incidences of any sudden spurt in growth later are rare.  Deformities due to excessive growh, ie Class III jaw relation, on the other hand, should be given time to run its course as the growth center tend to remain active longer. Asymmetry cases should also not be done early. Facial asymmetry is often due to a hyperactive growth centre on one side of the lower jaw. This active side pushes the lower jaw downwards and forwards, causing the chin to deviate to the opposite side. The upper jaw will grow accordingly to maintain the bite of the teeth, This results in excessive growth on one side of the face. giving it a crooked look. Such facial asymmetry should be monitored till it reach a plateau before surgery is done to minimize the chances of relapse due to incomplete growth.

Cosmetic jaw surgery is a fairly invasive procedure and should be approached with caution. While it may be possible and maybe even desirable for some patients to undergo surgery at a younger age, those are the exception rather than the norm. For the majority, it is best to allow time for both physical and psychological maturity to develop.