Should I have a chin implant or a genioplasty?

Change of facial contour can be done by either shifting the facial bones around, i.e. orthognathic surgery, or by adding facial implants. What is actually done for a particular patient depends very much on which surgeon she sees. In general, in Singapore, most plastic surgeons tend to opt for the chin implant while oral maxillofacial surgeons tend to gravitate towards genioplasty. So, which is the better option? 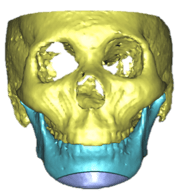 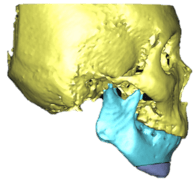 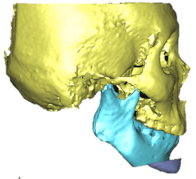 Literally, this means changing the shape of the chin. This is the more invasive surgery compared with inserting a chin implant. The surgery can be done under local anesthesia with intravenous sedation on an outpatient basis though the majority of the time, general anesthesia is used in a day surgery setting. The incision is made through the inside of the lower lip down to the bone level. The chin is then exposed and mental nerve on each side of the jaw bone is identified. The chin bone is then cut using a saw, starting from either the left or right side of the chin below and in front of the mental nerve and advanced to the opposing side. The muscles that are attached to the detached chin is maintained to ensure an undisturbed blood supply. This segment is than repositioned into a more forward position and secured with a titanium plate and screws. The incision is then closed with sutures and a pressure bandage applied for two days.

One of the advantages of a genioplasty is that like any other orthognathic surgical procedures, simulation of the facial changes can be done preoperatively using computer software. The degree and direction of movement of the chin segment can be predicted to help the patient visualize what the probable result may look like. Another advantage is that the result is stable as the bone heals very well and after remodeling, there is usually hardly any visible signs of surgery except for the fixation plate which can be removed if the patient so desire. Furthermore, the shape of the chin can be changed in all directions. It can be reduced vertically and advanced horizontally, or vice versa. It can also be reduced in width, enhancing the V-ness of the lower jaw which is so popular nowadays.

However, the major disadvantage is that it is fairly invasive as it requires the sawing of bone which may lead to significant bleeding. There is also a greater incidence of numbness of the lower lip and teeth due to the proximity of the bone cut to the mental nerves, which provided sensation to the lip. Postoperatively, the swelling can be significantly more than a chin implant.

Insertion of a chin implant is the same as a genioplasty up to the point where the gum is stripped from the bone. After this, instead of using a saw to cut the chin bone, the implant is adapted onto the surface of the chin bone and secured with titanium screws. The incision is stitched up in the same way and a pressure bandage applied.

Chin implants can be made of a porous material such as polyethylene, which integrates with the bone or silicone, which remains separate from the bone. Chin implants that integrate into the bone are permanent implants as they are extremely difficult to remove. This is considered an advantage by some surgeons as it becomes like a part of the native bone. However, should complications such as infection arise, removal of the implant is difficult. Silicone implants, however, do not integrate into the bone and can be removed easily if the patient desires. However, as it merely rest on the surface of the bone, it has a tendency to sink into the bone as the long term pressure on the surface of the chin causes bone to resorb. As the implant sinks in, it loses its projection and the chin may appear deficient again. The implant can be removed relatively easily and a new and larger implant can be placed.

So how does a patient decide which approach to adopt?

Chin implants can only be use to augment ie add to the bulk of the chin. If the chin requires reduction in size, chin implant has no role to play. As such, it depends very much on the treatment objective. Even among the chin augmentation cases, what is required maybe an augmentation in the horizontal direction which the implant can achieve, and a reduction in the width and/or height, which the implant cannot.

In cases where either approach is workable, age may play a role in influencing preference. Young patients, especially the orthognathic age group, generally opt for a genioplasty as it does not involve leaving a foreign object in the body for the rest of their lives. Older patient may opt for a chin implant due to the less invasive nature of the surgery and shorter downtime.

Ultimately, the patient needs to understand what the different approaches entail and choose a surgeon that she is comfortable with. Chin surgery is primarily cosmetic in nature except in sleep apnea surgery where a chin advancement is medically indicated. Due to the subjectivity of aesthetics, a thorough discussion between the patient and surgeon is of utmost importance to achieve the aesthetic ideal that the patient has in mind.