“Descendants of the Sun” and Facial Feminization 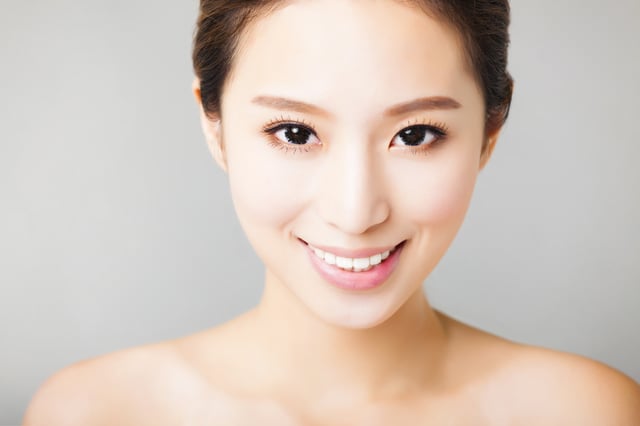 I learnt recently that I am from another planet. All because I thought “Descendants of the Sun” (DOTS) is a sequel to Bruce Willis’ “Tears of the Sun”. The revelation came when I was running a bone grafting course and teaching the participants how to draw blood to make platelet rich plasma. One of the participants joking said he wanted to draw his own blood just like a particular character did in “DOTS”. Until then, I have not heard of “DOTS. When I got home that night, I Googled “Descendants of the Sun”. I was glad that I was at least half right, that like “Tears of the Sun”, it was also about the military. However, what struck me was how feminine the male actors look, especially when compared to Bruce Willis.

Apparently, this kind of feminine male look is in. The male lead looks like he could easily put on some makeup and qualify for a female lead role. In Singapore, there are already quite a number of female patients who have ventured to Korea for surgery to achieve that Korean actress look. Typically, this involves shaving off the angles of the lower jaw and reshaping the chin to make it sharp and pointy, giving an overall V-shape jaw line. Some go further to reduce the cheek bones and the supraorbital ridges- the margins of eye sockets. The objective is to achieve more feminine facial features. Now it seems that this preferred look is crossing over to the men. Perhaps, soon, there will be a trend for men to undergo such feminization procedures.

Most of the feminization procedures mentioned above are re-contouring surgeries. However, re-contouring can only achieve the feminization effect when the dentofacial proportions are within normal or close to a feminine standard. Dentofacial deformities, such as the underbite deformity, impart an aggressive look and need to be corrected before the benefits of facial re-contouring can be apparent. There is, however, another dentofacial deformity that is even more common than underbite but is corrected much less often, that portrays masculinity. This is the bimaxillary protrusion.

It is a situation whereby the tooth bearing part of the jaws are disproportionately more developed than the base of the jaw bones. This gives a more ape-like look which is rather aggressive. It is actually a very common condition in Singapore, particularly amongst the Chinese and Malays. In fact, it is a distinguishing feature of the race and when within normal limits, can be aesthetic as well. However, in many cases, the degree of protrusion exceeds aesthetic ideals and hence poses a cosmetic challenge. And because it is a racial norm to be bimax, the acceptance of excessive protrusion is also high. Hence the lower rate of corrective surgery compared with underbite deformities. 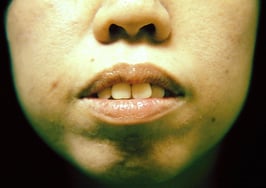 When the bimax protrusion involves not just excessive horizontal protrusion but vertical excess of the maxilla (upper jaw) as well, a gummy smile develops. In its milder form, a gummy smile can be camouflaged by Botox injections to weaken some muscles of facial expression so that the lips are not pulled all the way up when smiling. In its more severe form, the gums are exposed even without smiling and the lips need to be forced together to achieve closure as they are incompetent in their resting state. Such vertical jaw deformity needs to be reduced for patients seeking facial feminization surgery.

What is the treatment for bimax protrusion and vertical maxillary excess?

As the name “bimax” suggests, the problem lies with both the upper and lower jaws. As such, a double jaw surgery is needed, albeit different from that for underbite. As much of the problem arise because the tooth bearing part of the jaw bone expanded to accommodate all the teeth, reduction of the jaw will need extraction of some teeth. A typical plan is to extract all the first premolars to make space. The jaws are then segmentalized and the front segment is brought inwards. To correct the vertical excess, a width of bone is separated from the base which then enable the tooth bearing part of the jaw bone to be repositioned higher up. By reducing the vertical dimension of the upper jaw the lower jaw will autorotate upwards, thereby reducing the overall length of the lower face.

Facial feminization surgery used to be done mainly for patients who are seeking gender reassignment. However, with the popularity of K-pop idols, both male and female, such surgeries, including corrective jaw surgery, may become more and more mainstream. Afterall, the K-pop ideal facial features are essentially feminine in nature.