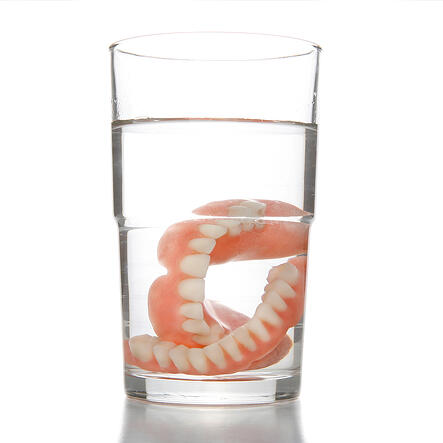 Following my last blog post on "Why do I need a bone graft for my dental implant", I received some feedback from overseas dental colleagues on graft-less options for dental implants. This is indeed gaining popularity as nobody wants to have more surgery than absolutely necessary. As such, I think a post on such graft-less options may be useful to patients considering dental implant in Singapore. This applies primarily to the upper jaw as this is where grafting is needed most of the time.

Bone grafting has been a routine procedure within an oral maxillofacial surgeons repertoire for many years. Bone grafting is done to repair congenital defects like cleft palates, to reconstruct defects caused by trauma, or tumor surgery. Wherever we need more bone, we can "rob Peter to pay Paul", typically taking bone from other parts of the body and adding it to the deficient areas. There is always the issue of donor site morbidity but overall, the benefits of the outcome often outweight the risks, which, in trained hands, are minimal. As such, when dental implants became ubiquitous, we apply our skills in reconstructive jaw surgeries to reconstruct the missing alveolar bone to support dental implants. Sometimes, as surgeons, we forget that the patient is not interested in having implants or bone grafts. What the patient wants is to have a set of fixed teeth that functions like his original natural teeth; the implants and bone grafts are means to that end. If we can deliver a fixed dental prosthesis to the patient with minimal surgery, that should be the preferred approach.

This requires some thinking out of the box. And in this case, the "box" is the mouth. When we think about replacing teeth, we think of dental implants, which are titanium screws that are placed in the jaw bone to support the dental prosthesis. When the jaw bone is deficient, we augment it by bone grafting. By thinking out of the box, the late P.I. Branemark looked beyond the mouth. By placing a long implant from the mouth, through the sinus, into the cheek bone (zygoma) where there is an abundant amount of good solid bone, he circumvented the problem of insufficient bone in the upper jaw. Such zygomatic implants can replace the need for bone grafting in some cases. This are cases whereby the patient has lost all his teeth and the bone has resorbed significantly. Traditionally, extensive bone grafting will be needed to rebuild bone for implants to anchor onto. By using zygoma implants, bone grafting to the back of the upper jaw can be eliminated. However, the front part of the jaw still needs a few implants and that dictates that there must still be a fair amount of bone available to place four implants.

The success of zygomatic implants also affirmed the concept that implants can be tilted. This concept then lead to the tilting implants to engage bone that is available rather than in areas where bone is deficient and in need of grafting. Along with that, the number of implants that is needed to support a full arch prothesis is decreasing. The dental implant manufacturer that came up with the zygomatic implant is also promoting the concept of using four implants to support a full arch prosthesis. While this is possible, it cannot be a one size fit all. Research has also proven that shorter implants (less than 10mm), do not have lower success rates. While previously, we routinely do bone grafting when we have less than 10 mm of bone, recent data has shown that we can use shorter implants (5-7mm long) and still acheive similar success rates. Philosophically, the thinking is in the right direction, less surgery, less morbidity and hopefully, lower costs.

To summarize, bone grafting can be avoided in some cases by using short implants (5-7mm long), zygoma implants (50mm long to engage the cheek bone), and by placing implants in a tilted angle to engage more bone.

However, it is not suitable for all fully edentulous patients as there must still be a minimum amount of bone in the front part of the upper jaw to place some implants. If there is a significant discrepancy in jaw size between the upper and lower jaws, bone grafting may still be needed if a high level of asethetics is desired. Zygomatic implants are also more invasive as the surgery extends beyond the upper jaw into the cheek bone. Because of the complexity of the surgery, zygoma implants are currently only performed by oral maxillofacial surgeons, preferably under sedation or general anesthesia. The jaw anatomy may also be such that the zygomatic implants may emerge on the palate instead of on top of the crest of the jaw which, resulting in a prosthesis that is thick on the palate. This may require a bit of getting used to for the patient. In comparision, sinus bone grafting with allografts have proven to have a very high long term success rate with a low morbidity. Both grafting and non-grafting options (assuming it is possible), should be considered against the needs and demands of the patient. A bone grafting option, especially when not using commercially available bone, is not necessarily a more invasive option.