Can Invisalign be used with Corrective Jaw Surgery in Singapore? 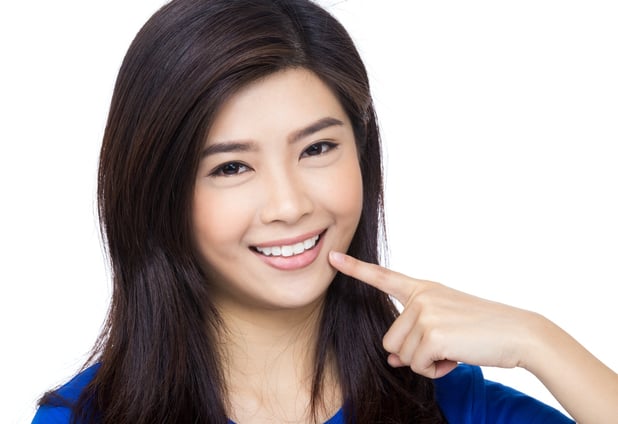 One of the common bugbears of orthognathic patients is the need to have braces for two years or more. Many of them are young adults with an active social life and having metal tracks in the mouth is not exactly a positive fashion statement. Invisalign, a system of transparent orthodontic aligners generated by computer-aided design, is a revolutionary approach to aligning teeth. It has gain tremendous popularity due to the “invisible” nature of these appliances, eliminating the metal tracks altogether. Can Invisalign be used in orthognathic surgery cases?

The mindset of the jaw surgery patient…

An orthodontist colleague once told me that orthognathic patients are rather unfair. The orthodontist spends a year or so preparing the patient for surgery and then another year to fine-tune the occlusion postoperatively but it is the surgeon who spends a few days with the patient that gets the thank you card. It is good to be a surgeon. That is because most orthognathic patients are actually seeking surgical correction of their problem and the orthodontics is a necessary inconvenience that they have to tolerate in order to get the surgery. The converse is true. If the patient is not keen on surgery but found that his condition cannot be treated with braces alone tend not to like the surgery and by extension, the surgeon. So, as a surgeon, I make sure that I deal more with the former than the latter.

The success of “surgery-first” approach significantly reduces the amount of time needed for orthodontics. By eliminating the pre-surgical orthodontic treatment phase, as much as one year of treatment time may be saved. Furthermore, the phenomenon of accelerated movement of teeth after surgery also helps to shorten treatment duration. Of course, not all cases are suitable for surgery-first approach but most of the routine cases are. With improved understanding and planning, surgery-first approach can be very accurate in positioning the jaw bases in the desired position.

Combining Invisalign and surgery-first approach not only reduce the treatment duration but improves aesthetics and social acceptance during the orthodontic treatment phase.

However, Invisalign is not suitable for some cases. In a paper published in the Journal of the Canadian Dental Association, several conditions were listed as unsuitable e.g. crowding and spacing greater than 5mm, teeth that were rotated more than 20 degrees, open bites, teeth that are tilted more than 45 degrees, teeth with short clinical crowns, jaws with many missing teeth, amongst others.

Skeletal discrepancies between the upper and lower jaws were also listed as a contraindication. Does that mean that Invisalign is incompatible with corrective jaw surgery? No, what that means is that unlike conventional braces, Invisalign cannot be used to perform camouflage orthodontics for cases that actually need jaw surgery. However, if the case fulfill the requirements for a surgery-first approach, then Invisalign is a viable option for post-surgical orthodontics provided the other conditions are not violated.

For patients who want corrective jaw surgery but are unable to accept a prolong period of conventional orthodontics, combining a surgery-first approach together with postoperative orthodontic treatment with Invisalign may be the way to go.