Can dental implants be placed at the same time as bone grafting? 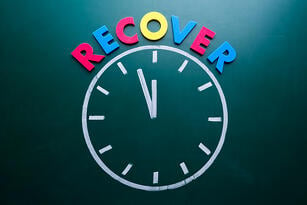 Recently a few patients have been asking how long they have to wait to have a dental implantplaced after bone grafting. Some are concern about having to wait too long while others wonder whether a longer waiting period is better. There are some general norms that we follow but there is no "law" governing this. A few years ago, when I was Chairman of the Clinical Practice Guideline for Dental Implants workgroup, a joint committee between the Ministry of Health and the Academy of Medicine, Singapore, we emphasized that guidelines are exactly what they are, to serve as a guide. Guidelines are not rule books that we have to follow because every patient is different and every clinician has different experience and expertise. A dentist who follows the guidelines is not necessarily doing the right thing. Conversely, one who deviates from the guidelines may not be wrong. Ultimately, it is the clinical judgment of the dentist of what is in the best interest for that particular patient, based on his knowledge of his own skills and limitations. So, back to the question of how long to wait for implant insertion after bone grafting...

Waiting time between bone grafting and implant insertion and range from zero days to a year or more. That sounds like a very wide range but that is exactly how things can turn out.

Implants can be placed at the same time as bone grafting. The single most important predictive factor for implant success is primary stability. What that means is that the implant is solidly engaged in bone at the point of insertion. A dental implant is a basically a titanium screw that is screwed into bone. Bone is not a uniform tissue. It can be dense or porous. Some patients especially elderly females, tend to have more porous bone. The upper jaw bone density is generally lower than that of the lower jaw in the same patient. But these are generalizations and patients do vary and that is why it is important that a patient must undergo a proper examination and a personalized treatment plan formulated. Bone grafting is done when the volume of bone needed to support an implant is deficient. However, bone grafting by itself does not change the density of the existing bone. If the existing bone is sufficiently dense enough to hold an implant firmly regardless of the bone graft, then both procedures can be done simultaneously. In such clinical situations, the bone graft is not depended upon for initial mechanical stability but rather for long term biological support of the implant.

On the other end of the spectrum, where the existing bone is paper thin and porous, a much longer time is needed for bone graft consolidation before an implant can be placed. Depending on what graft material was placed, the “healing” time differs. The gold standard is to use bone from the patient’s own body (autogenous bone). Donor sites for dental implants ranges from the chin bone, the ramus bone (the back part of the lower jaw), the hip bone and the shin bone. Autogenous bone has the ability to regenerate as well as induce new bone formation at the recipient site. However, they tend to shrink fast. As such, if autogenous bone is used by itself, the implant should be placed as early as 3-4 months after grafting or as soon as the graft appears solid clinically or radiographically.

Due to the high shrinkage of autogenous bone, a slowly resorbing non-autogenous material is usually mixed with it to provide a longer lasting scaffold for the new bone cells to grow. These non-autogenous bone grafts may be purely synthetic or may be derived from animal bone. Resorption rates of these grafts varies significantly. In many cases, even after a year or two, some of these non-autogenous graft material can still be seen. As these are not living bone cells, they do not “grow” nor do they induce bone growth. They are conductive, allowing bone cells to grow through them. They are eventually resorbed by the body. They do not provide the biological bond to the implant that is critical for long term success.

There are instances whereby no autogenous bone is used at all. The entire graft may be made up of synthetic or animal bone. This is commonly done where the amount of bone that needs to be augmented is small. In small volume bone grafting, the synthetic bone occupies the space needed for the new bone to grow in and as the new bone is formed, the synthetic material gradually dissolves away. Without autogenous bone, the rate of new bone formation is slower as it is totally dependent on the recipient site to regenerate the bone on its own. As such, this type of bone grafting is limited to situations where the volume of bone to be added is small and the bone regenerative ability of the recipient site is good.

Between immediate placement of an implant into a grafted site and waiting for one year is an entire spectrum of timing. It is not an all or none rule just as patients do not fall into just two categories. There are many instances where earlier or later placement is needed. For example, in cases where a tooth has been extracted, a waiting period of about four to eight weeks may be beneficial instead of an immediate placement to allow soft tissue closure of the tooth socket. This is often done for an upper front tooth implant as adequate soft tissue is needed for optimal aesthetics. In such cases, it is the tip of the implant engaging the bone at the depth of the socket that provides the initial stability that is so crucial for success. For such cases, bone graft may not even be needed at the time of extraction though some dentist do place them to minimize shrinkage of the jaw bone.

However, there are many other factors that come into play when deciding when to place an implant. For example, when doing a sinus lift, the sinus lining may have a perforation that needs to be repaired. In such cases, a dentist may decide to wait a few weeks to see if the bone graft is stable before placing an implant even if he can done so immediately.

Although there are common practices and guidelines, there is no hard and fast rule that separates patients into one group or the other. Dentistry is both science and art and as such it is always practiced and never perfected.